Zenebework is found in Addis Ababa, Kolfe Keraneo Sub City, 01 district. It is located behind ALERT hospital surrounding Abune Aregawi/Gebre Kirstos Church. The population and housing census conducted by the federal democratic republic of Ethiopia in 2007 indicated that the total population of the district (district 01) was estimated to be 32,866 (CSA, 2010). The current total population of the district, according to the Woreda chief administrative officer, is estimated at 45,860. Zenebwork community approximately occupies 3.5 km square of land. The community is largely dominated by shanty houses and doesn’t have adequate infrastructures and social services. It is bordered in the east by Kore in the west by Ayertena in the north by Total and in the south by the ring road/kaliti road and Koshe.

Zenebework is a poverty stricken community characterized by overpopulation from the total community 72% are leprosy affected, 12 % are their nearest families of leprosy affected and the rest 16% are non leprosy affected who are marginalized due to deep rooted poverty. According to the information gotten from the district officials and survey conducted by me for empowerment course (Future Generations Graduate School, class of 2017) for Maslow’s assignment in the area, the vast majority of the community members are below the international poverty line and do not have sufficient income necessary for a healthy living.

Zenebework community has been facing many social and economic problems. Individuals experiencing disabilities due to leprosy are more vulnerable to endless stigma and discrimination   than any others disability cases by society. Even after they have been cured they are unable to lead an ordinary life due to the consequence of its complication. As the result of wide misconception about leprosy many people have left their birth place and home and forced to live in groups known as leprosy colonies. The problems of discrimination and stigma affect the self steam of the community and cannot go to school due to fear of it.

Deep rooted stereotype and myth regarding persons affected by leprosy and their families creates multidimensional problems. The problem is vicious circle that is from parents to children. As it is plainly observed poverty emanates from disability aggravates stigma, discrimination and unemployment which finally lead to socio-economic dependency and psychological trauma. Particularly, leprosy affected elders are the most people at risk of the problem emanated from the poverty coupled with sever disability.  As the result, most of elder of persons affected by leprosy leading destitute live.

One of the unique features of people disabled by leprosy compared to other disabled people in Ethiopia is that they have been concentrated into ghettos or settlements often as a result of government action or spontaneously seeking medical, holy-water or traditional cure services.  This has reinforced the deep-rooted misconception about leprosy and persons affected by it. Many of the settlements or ghettos are not the birthplaces of the persons affected by leprosy; almost all are migrants.

All in all, the approach to leprosy was institutional or charity model where they were made to recipients of supports to the government and charitable organizations. As the free medical, care and support, physical and socio-economic rehabilitation services were in one place provided by the institutions established mentioned above, like prevention of disability shoes, Vaseline, orthopedic and orthotic appliances including free treatment of other diseases were easily accessible.

However, as a drawback that contributed to the stigma and segregation of persons affected by leprosy to the present age, it was indicated by the association members that there was no  a concept of encouraging persons affected by leprosy to organize themselves in to right based and socio-economic groups to enjoy full participation in the society like in  employment, education and political arena in their localities.

But persons affected by leprosy who did not like going to settlements/concentration camps far from the services of the institutions mentioned above, remained in city slums in suburbs and formed spontaneous villages starting their own socio-economic interactions like economic groups, social groups Iddirs and Mahiber. Therefore, big settlements that are inhabited by thousands of persons affected by leprosy exist to the present age in Addis Ababa Zenebework. 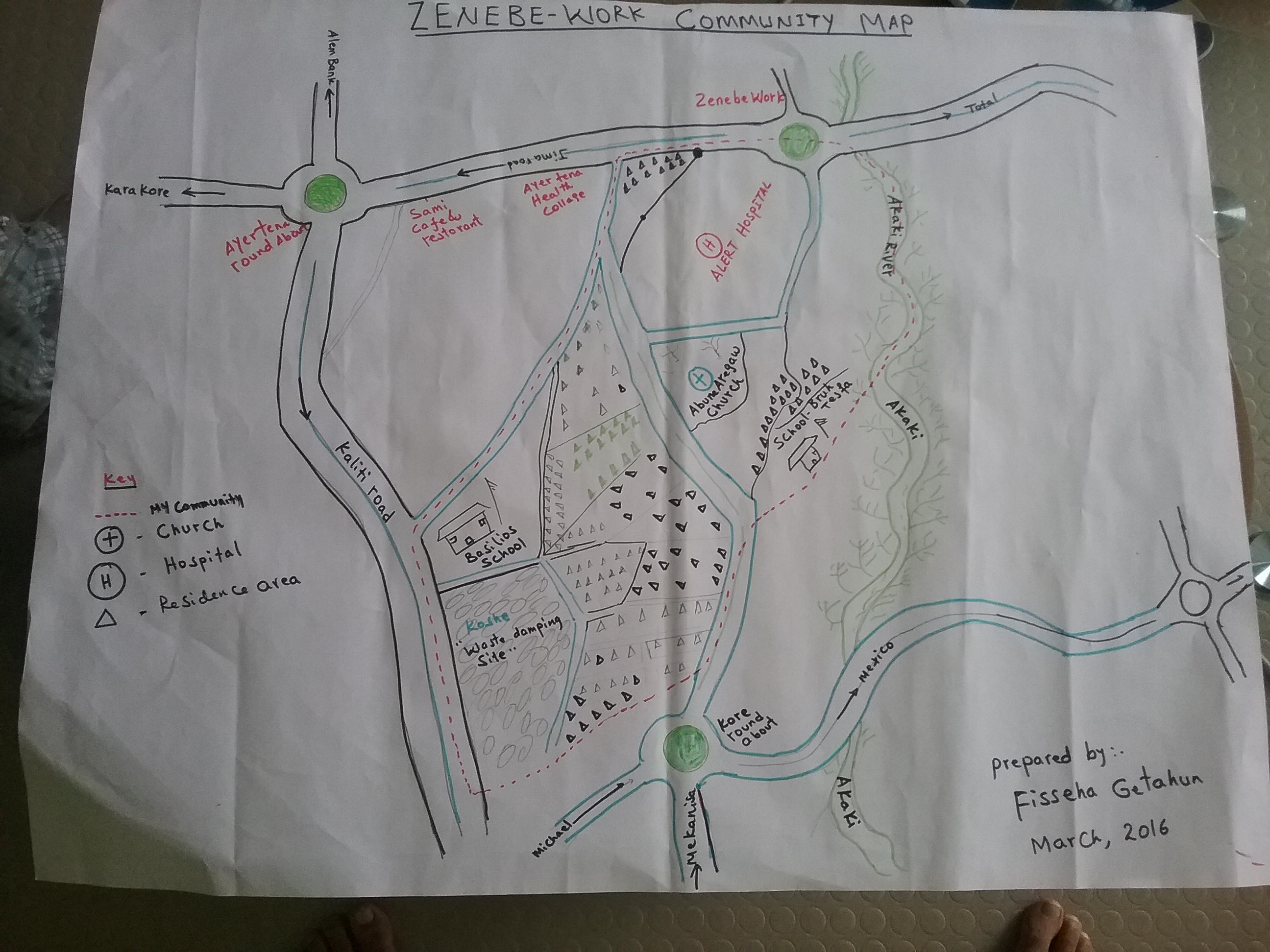 Goal map of my community 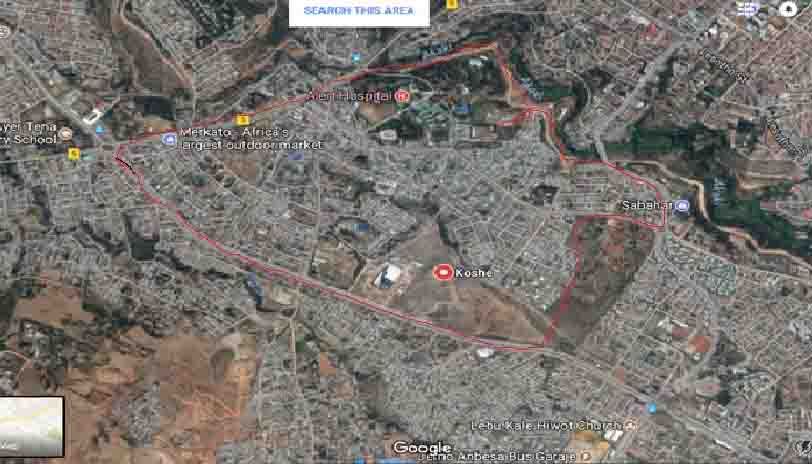 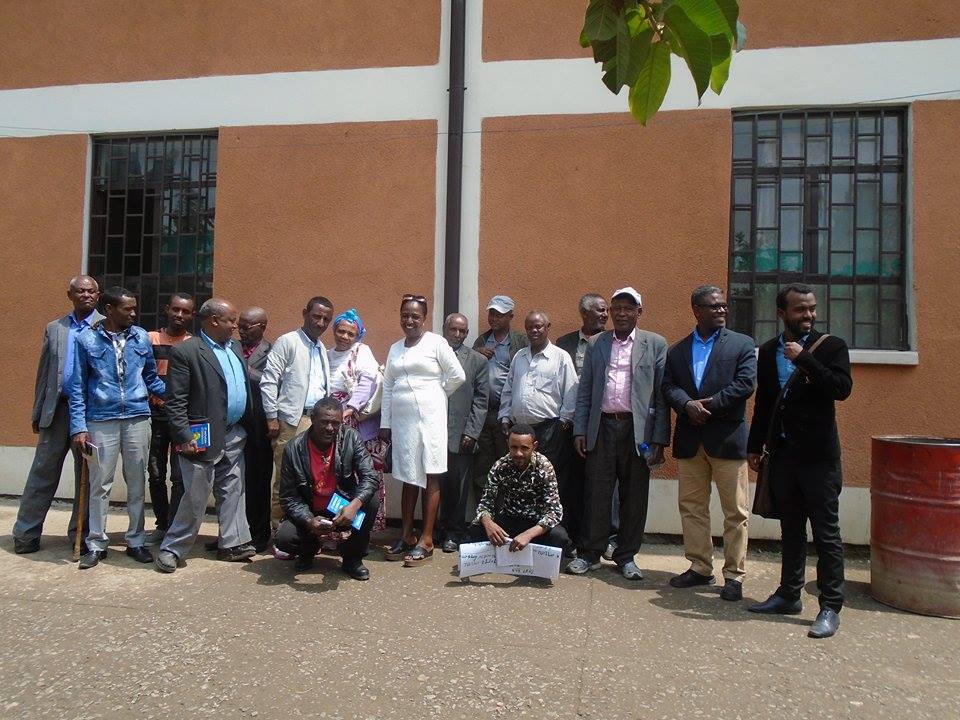 Associate degree (AGRICULTURE) at A WASSAIL COLLEGE OF AGRICULTURE
2000 - 2002